Splendid flight in one of the older Rotorways, G-PURS, an Exec 90 which has been greatly improved by the Bull brothers. Flew it today, in perfect Rotorway weather (no wind, cool and high density) and it flew beautifully. David Parke, the owner, went solo after a short reminder in the RE162 and then in his own machine, and was delighted a how well it flew – compared to when we last flew it in July. 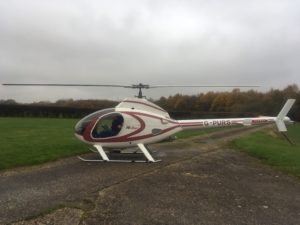 One of the interesting things about a Rotorway of this age (from 90s) is that to fly solo, after flying dual you had to move the battery from the tail to the front: 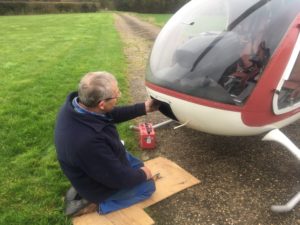 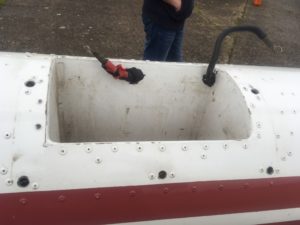 You also had to add a skid weight. All this has now been replaced, in the more modern Rotorways, with a simple skid weight. 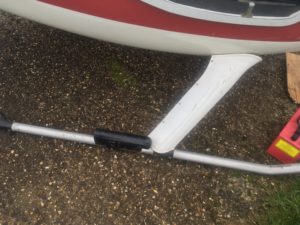 There were also the interesting trim details: 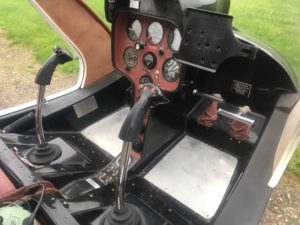 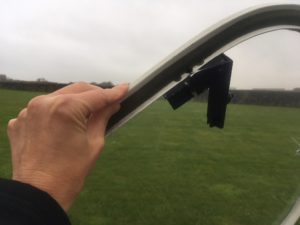 But it flew really well in the nice Rotorway weather.