Great day at HAI. Started with an early morning flight in the Bell 505, the new ‘JetRangerX’ as it was originally called. Great machine to fly. Easy to start, easy to fly. Straight after my 27 minutes in it, which included an approach to a pinacle and a landing back down on the airport, I went to the Bell booth and found the UK rep, Gary Slater. He said I can do another, longer, flight and try autos and other emergencies in the next few months back in the UK. Great. Looking forward to it. Super machine. 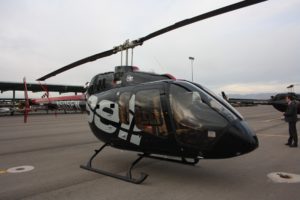 This was followed by a Sikorsky briefing. The most important part was that Sikorsky has sold Schweizer to RGS, who are doing S300 support and possibly will start manufacturing again. Hurrah. Wonderful S300s.

Later in the day there was a very interesting Robinson briefing from Kurt Robinson, who said that 2017 was an excellent year with many orders including 195 R44’s sold and 77 R66s, plus some R22s and some new ventures.

This was followed by an MD briefing. MD are doing well with their military sales of the 530, but, Lynn Tilton explained, this has made the company so busy they have not had time for innovation, so the MD6xx remains a concept aircraft. There will, she promises, be more to come in the future. 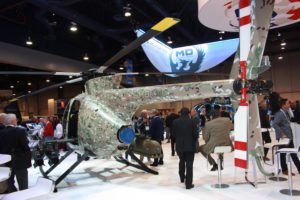 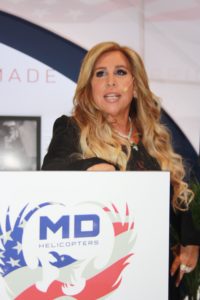 And finally, to complete an excellent day. I had a flight from Slotzilla, care of Bell Helicopters… newly branded Bell! 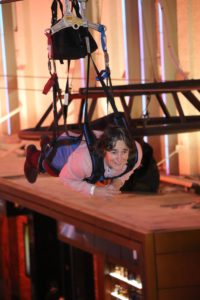