We now have a new GA Champion, Byron Davies, a pilot and a keen aviation enthusiast. He is supported by the Aviation Minister, Baroness Sugg, who is also aware of the vital importance of general aviation and is encouraging the government to support its growth. GA is currently in decline, the number of pilots having almost halved since the 1980s, and yet, with the reduction of military pilots and the need for more airline and commercial pilots the importance GA has never been greater.

At the meeting one suggestion was to remove the VAT levied on training. This would be a vital contribution to the industry and should be supported by all aspects of GA. 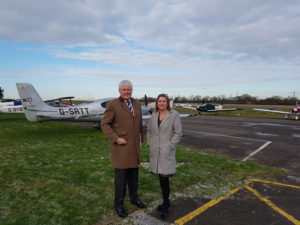