I was finally able to fly the Rotorway Talon yesterday, and to do my differences training. This has involved waiting for some two years, firstly for CAA approval, and then for someone to teach me, but at last Geoff Connolly, thanks to the Canadian CAA, had authority to do that, and at last I am a confirmed Talon instructor and examiner. Hurrah. 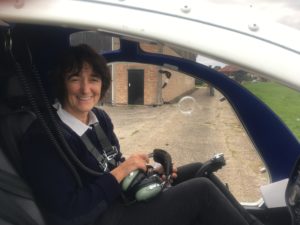 Me, looking pleased, finally got to fly it!

However, even getting it to start was not without hiccups! 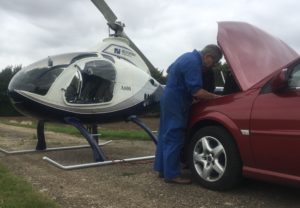 Yup, once again the (rather small) battery had been overused and could not summon enough energy to start the machine. Jump start, but the boys have moved up a level, they no longer jump start from the battery in the wheelbarrow, but from the car. Technology growth!

Differences in the Talon from the 162 are that the head no longer runs on an oil chain sitting in a bath, but instead has a cog belt drive. While the previous drive was very strong, it also had a tendency to leak oil, so this is an improvement. There is also a beefed up set of skids, and, because the rotor mast is now straight-up instead of slightly tilted forward, the helicopter more naturally lifts up straight. This makes for a nice take-off. The tail rotor drive has changed from the belt drive to a shaft, with a small belt at the end. These changes do mean the machine is slightly heavier though.

Inside the cockpit the glass cockpit is a bit too complicated for such a simple machine, and I also found the governor slow to respond to movement, as with the ultralight light governor on the Dynali H3 the governor is generally behind the pilot, which is a bit annoying. However, Rotorway are changing this and have been developing a new governor.

It was fun to fly. There was less vibration than in the older models, although there is still the same flapback tendency in pitch when you fly fast. It flew comfortably at 100 mph. Autorotations were fine, no different, as far as I could see from the 162. There will be more, as I fly it more, but initial impressions were good, and particularly if they change the slow governor. Incidentally, it is very good news having a governor, and the pilot does not have to work nearly so far to keep the RPM in the green. I think it will take a flight or two to get used to all the multiple console ‘looks’ but gives lots of scope for learning. 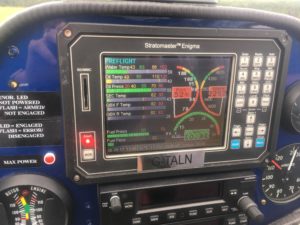 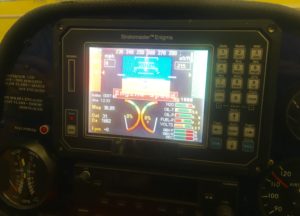